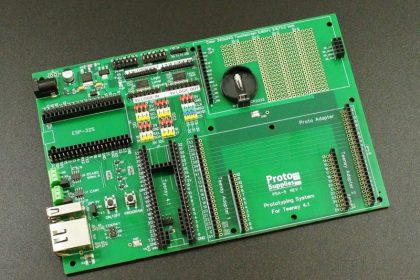 It’s hard not to love the Teensy 4.1 with its 600MHz clock speed that can be overclocked to 1.08GHz, hardware FPU for super fast computational speeds that are capable of real-time synthesis of music and other waveforms and flexible I/O.

The level of tech support via the PJRC user forums is also top notch.

To make it even easier to work with the Teensy 4.1, we are introducing our Prototyping System for Teensy 4.1 which is a baseboard that mounts the Teensy 4.1 as well as other optional components to create a system for working with all things Teensy.

The board allows the DC input to the baseboard and the USB power on both the Teensy 4.1 and ESP32 to all be connected at the same time without concern.

This system can be used as part of an elaborate breadboarding setup with key parts of the system permanently hardwired like the display while also being able to work with temporary circuits built on solderless or soldered breadboards. It can also be used as a prototyping step for something that may later have a full custom layout or even used for permanent projects where minimizing footprint is not a high priority.

It is available in two versions.

The baseboard only which  can be built up as desired by selecting from the available options on the page or if you already have some of the parts you want to use with this system laying on your bench. 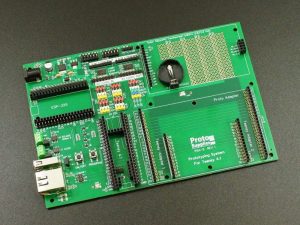 We also offer a fully stuffed version that comes complete with everything needed to really get your hands dirty with the Teensy 4.1 including a 3.2″ touch LCD, ESP32 coprocessor, power supply, power switch and two USB cables to work with both the Teensy 4.1 and ESP32 at the same time. 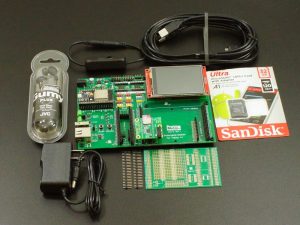 Because it is a popular platform for audio, we also include a PJRC Rev D Audio Adapter that has pins added to allow it to plug into the baseboard, a high performance Sandisk 32GB SD card preloaded with some of PJRC tutorial .WAV files and even earbuds.  If you also order one of the optional Teensy 4.1 Fully Loaded for Prototyping System, the system comes preloaded with the example software and will power up right out of the box. 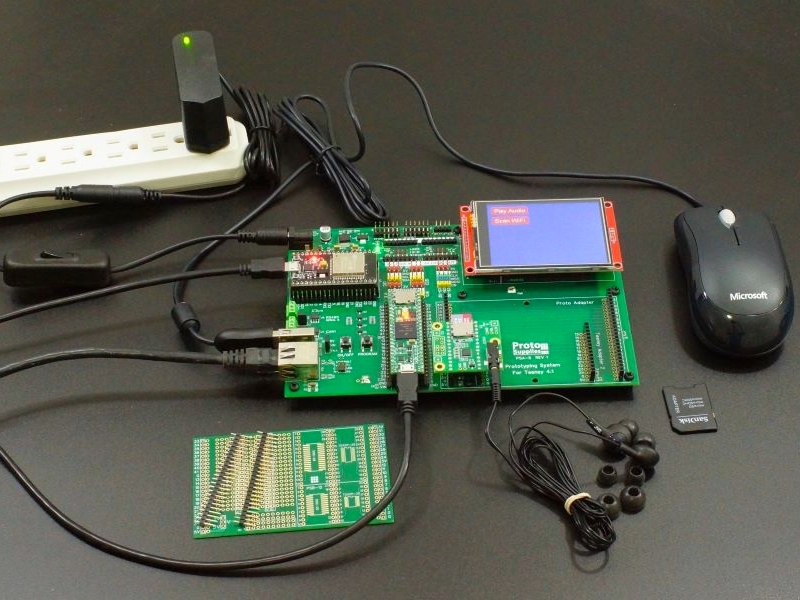 Prototyping System for Teensy 4.1 Fully Stuffed in operation with mouse on host USB 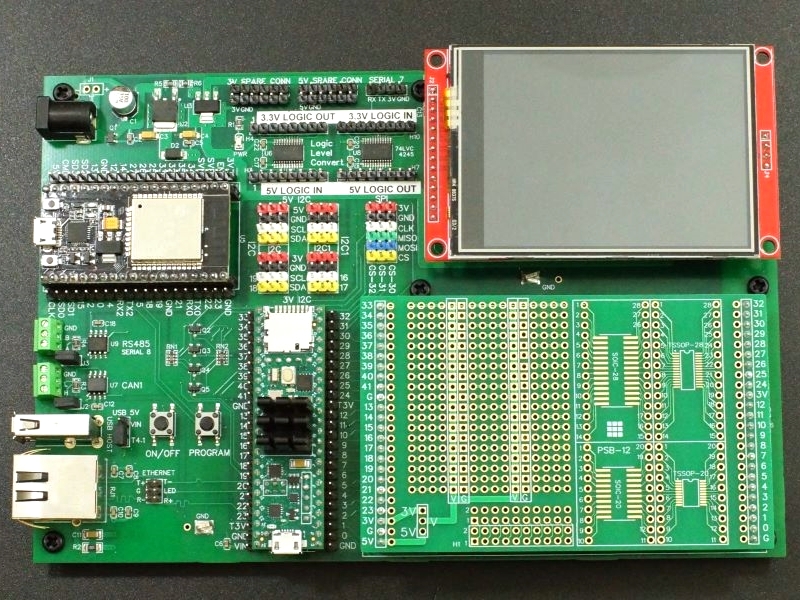 Prototyping System for Teensy 4.1 with Adapter 1

The major changes are that the VUSB/VIN trace is cut and a small Schottky diode is installed to separate the USB power from the VIN power. A male header pin brings the USB power down to the baseboard.  It has a female 2×3 2mm header installed on the bottom for the ethernet connection and also has headers installed on the bottom to bring out the Host USB, VBat, Program and On/Off buttons.

All memory is fully tested after installation. 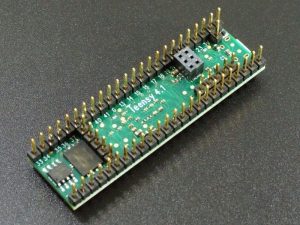 Note that this version is not compatible with breadboards due the the additional headers on the bottom of the Teensy 4.1. 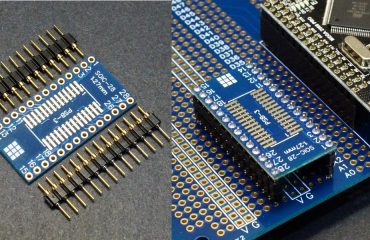 How Fast Is Your Hampster? 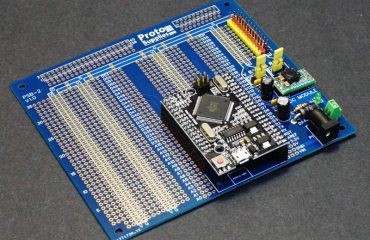