The Power MOSFET  P-Channel FQP27P06 is an Enhancement Mode MOSFET that can handle up to 60V @ 27A. 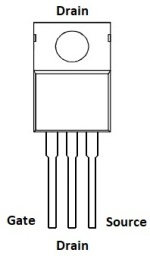 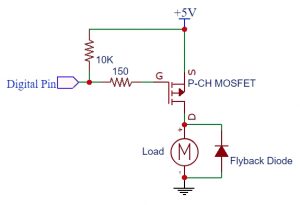 If using this device with a 5V uC, it is possible to drive the MOSFET gate directly from an digital output pin as shown in the example circuit here but the current will be limited to about 5A. 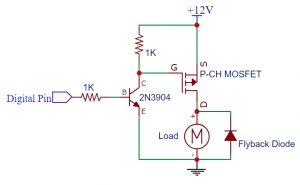